This email address is being protected from spambots. You need JavaScript enabled to view it. is a PhD candidate interested in the values, stakes, and symptoms of dominant and dissident modes of knowledge production. These interests inform Amanda's everyday life, activism, pedagogy, and dissertation research, which concerns the trope of discovering, coloniality, whiteness, and possibilities for academic reparations and decolonization. Amanda is currently a participant in the PreDoctoral Leadership Development Academy, and holds an MA in Sociology (Rutgers), an MA in Humanities and Social Thought (NYU), a BA in Sociology and Mathematics (Vassar), and a graduate certificate in Women and Gender Studies (Rutgers). If seemingly preoccupied, Amanda is most likely dreaming of transdisciplinary education, social transformation, cheese, or really big dogs. 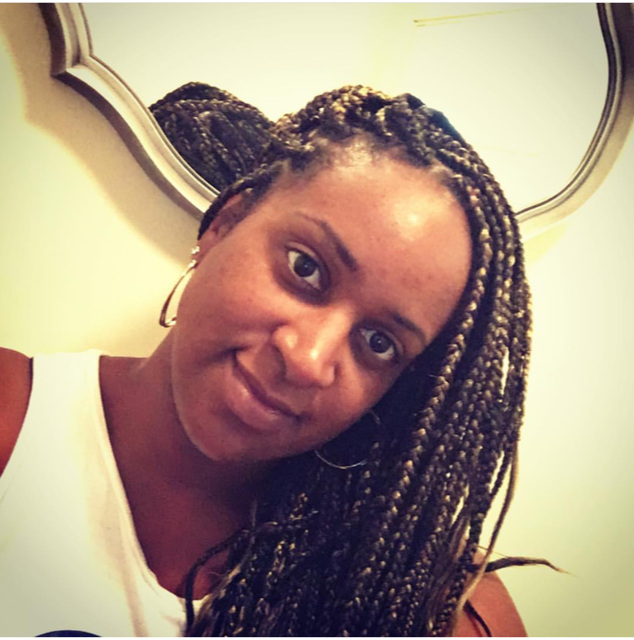 This email address is being protected from spambots. You need JavaScript enabled to view it., M.S., is a Ph.D. candidate in the higher education program at Rutgers University Graduate School of Education. Before joining Rutgers doctoral program, Shari worked in Financial Aid for eight years in various positions including Data Coordinator/ Educational Opportunity Fund liaison, Financial Aid Counselor, and Assistant Director of Financial Aid. She currently serves as a student representative for the Dean’s Advisory Council at Rutgers School of Graduate Studies. Shari holds a Bachelors in American Studies with a double minor in History and Political Science, a Master’s of Science in Business from the College of Saint Elizabeth, and a Master of Philosophy in Education from Rutgers University. For her Business master’s thesis “The Urban Underclass,” she explored how college students from the Educational Opportunity Fund pipeline program navigated higher education utilizing college resources in the 21st century. As an emerging scholar with a passion for historical analysis, she conducted archival research, written and presented on the history of the 19th-century Colored school of Newark, New Jersey. She is also published as a contributing author in two chapters of the forthcoming book Scarlet and Black volume II, the continuation of Rutgers reconciliation project which grapples with minoritized populations affected by the university’s colonial lineage. 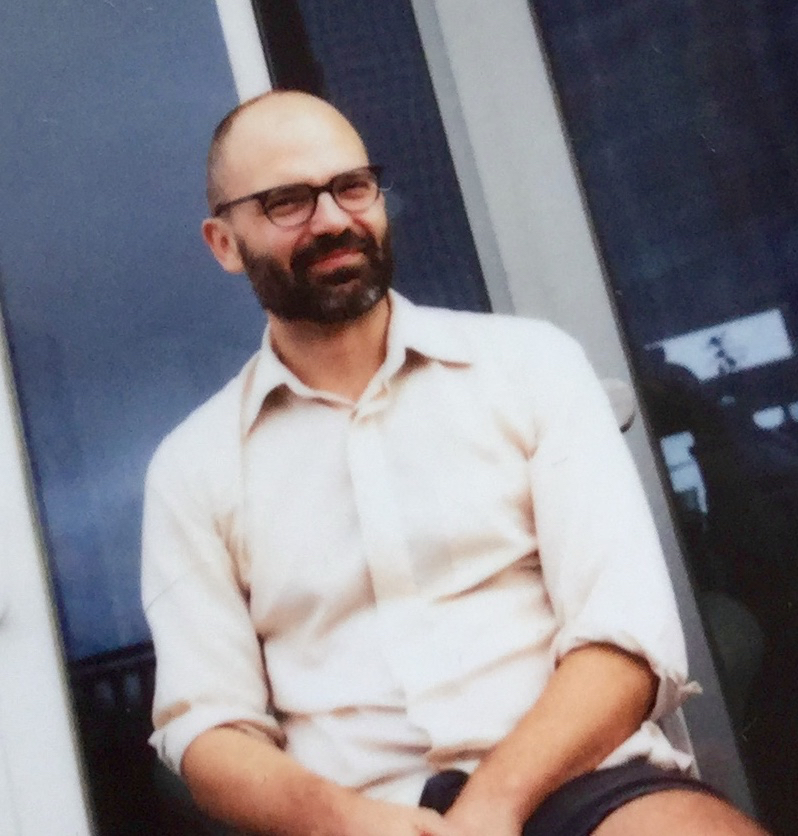 This email address is being protected from spambots. You need JavaScript enabled to view it. is a Ph.D. candidate in English at Rutgers University. His research and teaching focus on twentieth- and twenty-first-century British literature and culture. His dissertation, “English Variety: Popular Theatrical Culture and Localist Form in the Post-Consensus Novel,” analyzes the sociopolitical function of popular theatrical forms as they appear in the work of Salman Rushdie, Angela Carter, Sarah Waters, and Ian McEwan. It suggests that contemporary fiction, marked by the decline of imperialism and post-war social consensus, takes up the popular theater in order to provide alternatives to cosmopolitan and democratic forms of inclusion in an age characterized by sociopolitical division. 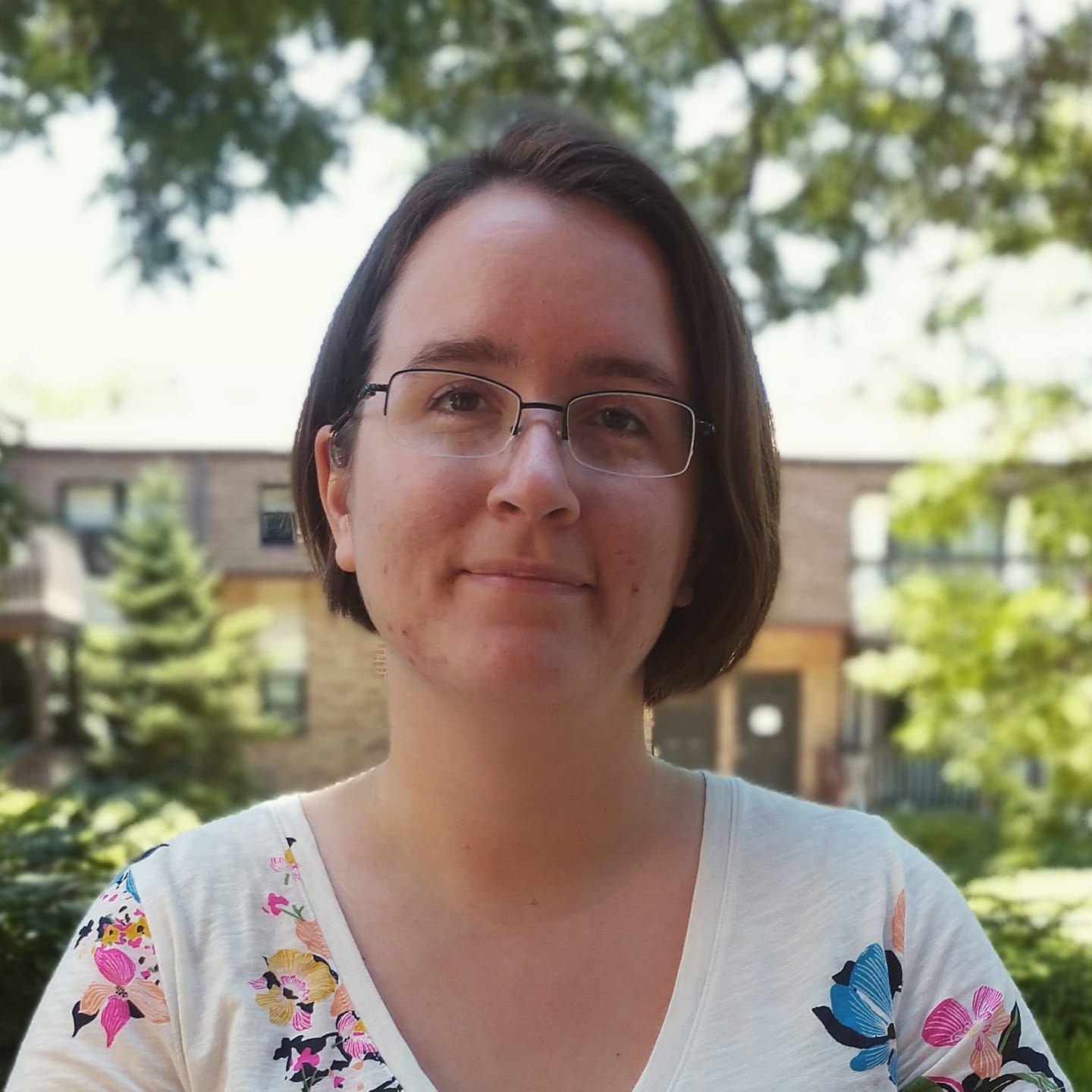 This email address is being protected from spambots. You need JavaScript enabled to view it. is a PhD Candidate in the English department at Rutgers University. Her work focuses on vegetal life and late medieval literature, arguing that late medieval authors imported knowledge-organizing and classifying strategies from natural philosophy to bolster claims to religious authenticity and literary authority. Her dissertation, “Trees of Thought: Arboreal Matter and Metaphor in Late Medieval England,” examines trees as material and figural classification systems in the work of William Langland, Geoffrey Chaucer, John Lydgate, and John Skelton. 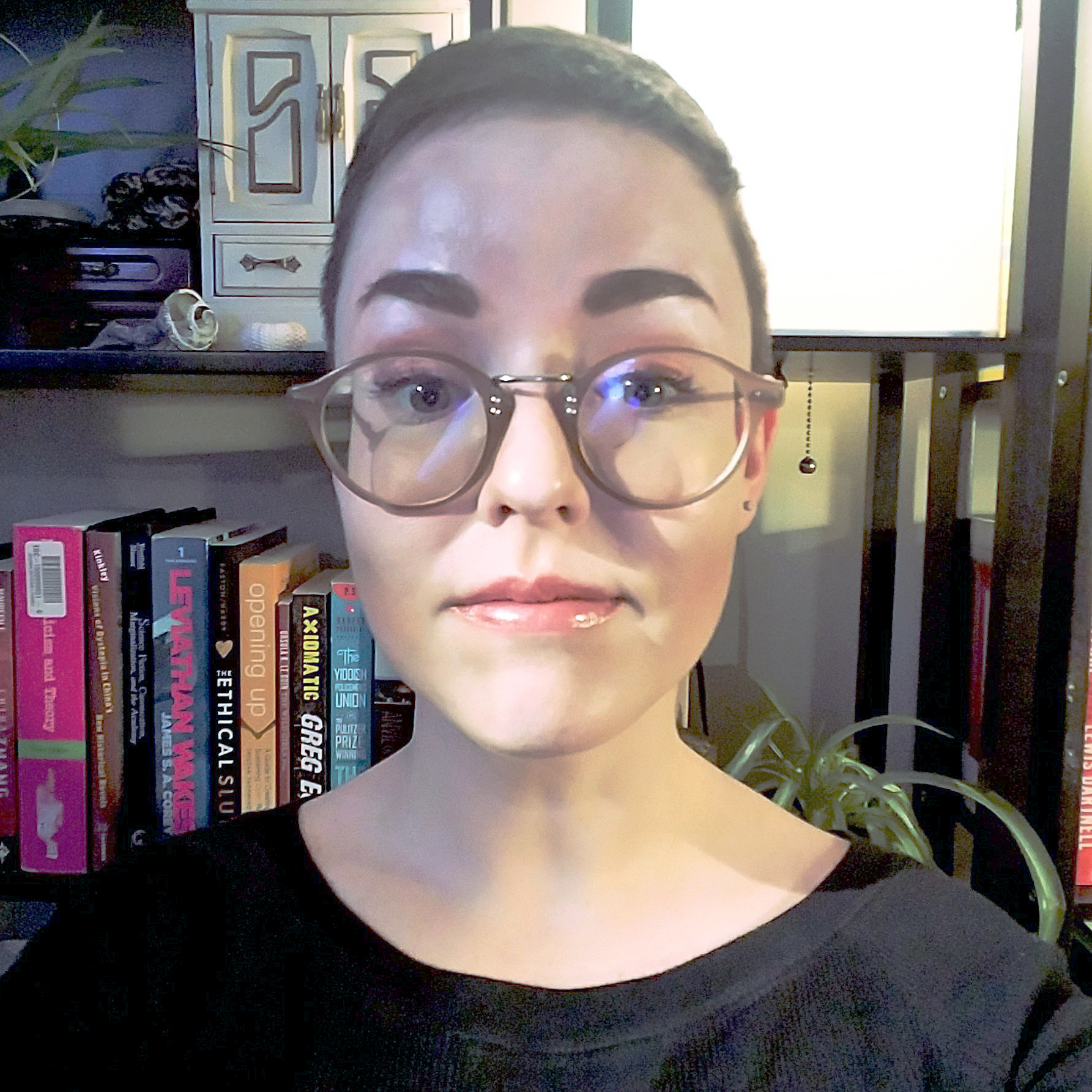 This email address is being protected from spambots. You need JavaScript enabled to view it. is a PhD candidate in the Comparative Literature program at Rutgers University, whose work occurs at the intersection of comparative languages and literatures (Sinophone, Anglophone, Francophone, Germanophone, and Russophone literatures) and science and technology studies, particularly those aspects of STS that investigate circulations of knowledge and biopolitics. Her research interests include the intersection of science fiction and ideology, socialist teleologies, the ethics of progress, and nationalist technologies of embodiment. Her dissertation examines socialist modernities by questioning how science fiction conscientiously harnessed utopian ideals of technological advancement as rational blueprints to shape the country’s citizens. Virginia has published peer-reviewed articles in science fiction studies, cultural studies, visual studies, and computer science journals. In addition to her academic research, she works for the international division of the Chinese Academy of Social Sciences.

This email address is being protected from spambots. You need JavaScript enabled to view it. is a Ph.D. candidate in the Department of Sociology at Rutgers University. He is currently a graduate fellow at the Center for Cultural Analysis at Rutgers University (CCA) and recently finished a project on social movements and electoral politics in Iran. In his current research project, Refusal: Resistance, Subjectivity, and Construction of Arabness in Iran, Aghil explores the geography of social marginalization in contemporary Iran, a topic which brings together research on the politics of marginalized communities, social movements, race and ethnic relations, nationalism, political economy, religion, and resistance. Through an ethnographic study of the everyday experiences and politics of Arab minority, Aghil shows how ethnicity becomes a significant facet of subaltern politics and explores modalities of resistance, subversion, negotiation, and refusal that marginalized communities deploy to cope with the effects of ethnoreligious nationalism and to unsettle ethnicity, nationhood, and citizenship, as major products of state classification. He problematizes the notions of citizenship and belonging in the Islamic Republic by highlighting the work of classification in perpetuating structures of power and forms of everyday domination and resistance. Aghil is also participating in a comparative research project, The Rise of The Peripheral, that explores the conflicts about the extraction of natural resources that are increasingly expressed in indigenous, ethnic, racial, and decolonial terms. He works with Dr. Zakia Salime (Rutgers) to examines the collective and individual forms of resistance at the nexus of neoliberal economics and political authoritarianism in the United States, Morocco, and Iran. 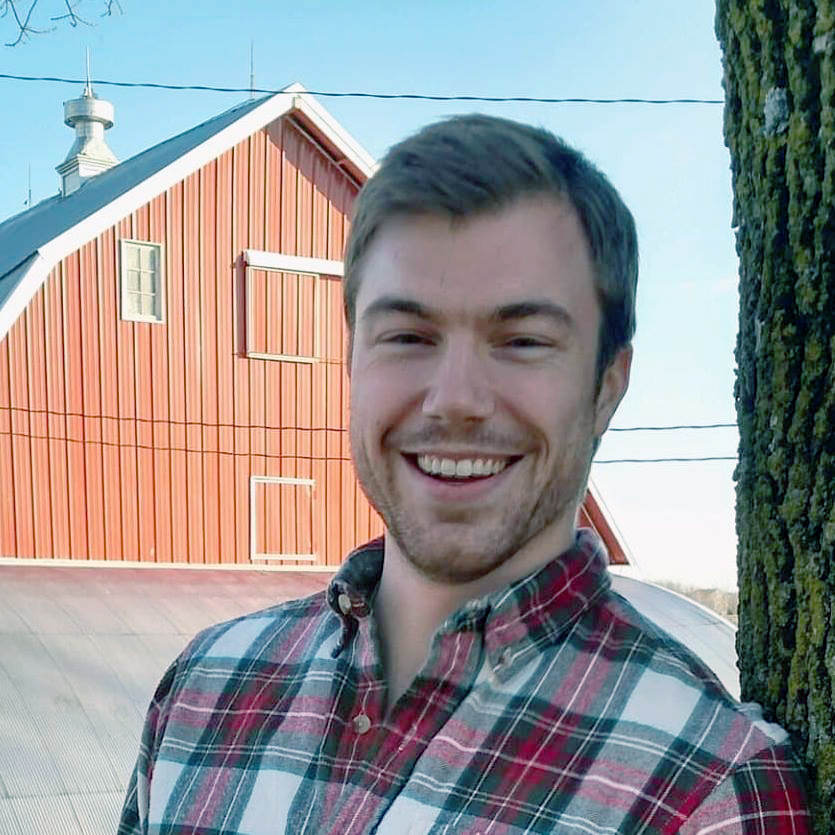 This email address is being protected from spambots. You need JavaScript enabled to view it. is a PhD candidate in the English Department at Rutgers University. His research primarily focuses on the intersection of print circulation and cultural geography in the long nineteenth century. His dissertation “Reading Regionally: Cultural Geography and American Literature, 1865-1915” argues that region was not simply a framework for representing cultural difference but a structuring principle of the postbellum cultural field: it explores how literary texts were read differently in different regions of the country and how this fact shaped editorial policy and authorial production. Alex is also currently the Rutgers Libraries Graduate Digital Humanities Specialist.

This email address is being protected from spambots. You need JavaScript enabled to view it. is an advanced PhD student in Sociology at Rutgers. Her dissertation focuses on the Soviet migration policies and the bureaucratic processing of applications for entry into or exit from the USSR. Empirically, she investigates how the Soviet Union and its heirs collected data about their inhabitants and visitors between 1960 and 2000, how the state machineries accounted for and controlled who belonged, and how the publics responded to such evaluative metrics. In addition to the sociology of citizenship, she is also interested in the gendered logics of stratification, migration control, state organization and economic governance, as well as race and ethnic relations.

This email address is being protected from spambots. You need JavaScript enabled to view it. is a doctoral candidate in the Geography Department at Rutgers, the State University of New Jersey. Her research interests have been focused on the formation of territories and contested spaces in contexts of conflict over land ownership, as it traditionally occurs in Colombia. In her current research, she analyzes collective land property conflicts and how collective titling processes are used by state governments as instruments to protect ethnic communities. Using fieldwork and archival research, she studies processes through which Afro Colombians obtained collective titles of ownership for the territories they have occupied traditionally. Working on different scales, her goal is to examine the tensions between state and rural/ethnic communities, using land property as a relationship where those tensions are constantly deployed.