This seminar explores the archipelagic, as both a specific and a generalizable geo-historical and cultural formation across various planetary spaces, including the Mediterranean and Aegean Seas, the Caribbean basin, the Malay archipelago, Oceania, and the creole islands of the Indian Ocean. As an alternative geo-formal unit, archipelagoes can interrogate epistemologies, ways of reading and thinking and methodologies, informed implicitly or explicitly by more continental paradigms and perspectives. Keeping in mind the structuring tension between land and water, and between island and mainland relations, the archipelagic focuses also on the types of relations that emerge, island to island, when island groups are seen not so much as sites of exploration, identity, socio-political formation, and economic and cultural circulation, but rather, as models.

Yolanda Martínez-San Miguel is Professor in the Department of Latino and Caribbean Studies and the Program in Comparative Literature at Rutgers University. She received her BA from the University of Puerto Rico and her MA and PhD from the University of California, Berkeley. She is the author of four books: Saberes americanos: subalternidad y epistemología en los escritos de Sor Juana (1999); Caribe Two-Ways?: cultura de la migración en el Caribe insular hispánico (2003), From Lack to Excess: ‘Minor’ Readings of Latin American Colonial Discourse (2008), and Coloniality of Diasporas: Rethinking Intra-Colonial Migrations in a Pan-Caribbean Context (2014). She recently finished two co-edited anthologies: Critical Terms in Caribbean and Latin American Thought (with Ben Sifuentes Jáuregui and Marisa Belausteguigoitia, 2016) and Trans Studies: The Challenge to Hetero/Homo Normativities (with Sarah Tobias, 2016). She is co-editing an anthology with Michelle Stephens titled Archipelagic Thinking: Towards New Comparative Methodologies and Disciplinary Formations, and she is working on her fifth book project, Archipiélagos de ultramar: Rethinking Colonial and Caribbean Studies, which uses comparative archipelagic studies as a historical and theoretical framework to propose a different research agenda for the study of cultural productions in the Caribbean between 1498 and 2010. 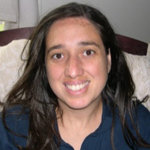 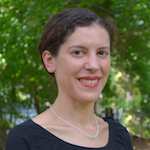 Elena Lahr-Vivaz is an Assistant Professor in the Department of Spanish and Portuguese Studies at Rutgers University-Newark, where she specializes in Latin American literature and film. Her first book, Mexican Melodrama: Film and Nation from the Golden Age to the New Wave (2016), is forthcoming from the University of Arizona Press. She is now beginning work on her second book project, in which she investigates how Cuban poets, novelists, and essayists attempt to forge new connections with readers in the 1990s and 2000s and how they construct transnational, archipelagic spaces for these readers that both encompass and exceed their texts. 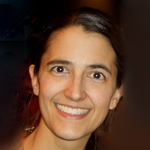 Laura Lomas is Associate Professor in English and American Studies at Rutgers University, Newark, where she teaches Latina/o and U.S. American literature. Her first book Translating Empire: José Martí, Migrant Latino Subjects and American Modernities (2008) calls attention to the Cuban José Martí's role as critical interpreter of U.S. culture, politics, and literary modernism from the perspective of a Latino migrant, precisely at the moment of the United States' emergence as a global empire. Co-Editor of the forthcoming Cambridge Companion to Latina/o American Literature (2016), Lomas’s work has appeared most recently in Review: Literature and Arts in the Americas and the collections Hispanic Caribbean Migration: Narratives of Displacement (2010) and A Latino Nineteenth Century (forthcoming). She is currently working on a new monograph titled In Between States: Writing of the New York-Hispanic Caribbean Borderlands, in which she examines writers of the Puerto Rican and Cuban diasporas whose work transgressively exceeds the narrative geography of any single nation or state. 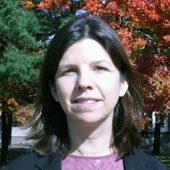 Kathy López is an Associate Professor with a joint appointment in the Department of Latino and Caribbean Studies and the Department of History at Rutgers University-New Brunswick. Her research and teaching focus on the historical intersections between Asia and Latin America and the Caribbean, post-emancipation Caribbean societies, race and ethnicity in the Americas, and international migration. Her book Chinese Cubans: A Transnational History (2013) examines Chinese migrants in Cuba from the mid-nineteenth century to the present through archival and ethnographic research in Cuba, China, and the United States. She is also an editor of Historical and Cultural Interconnections between Latin America and Asia, a new book series from Palgrave Macmillan. 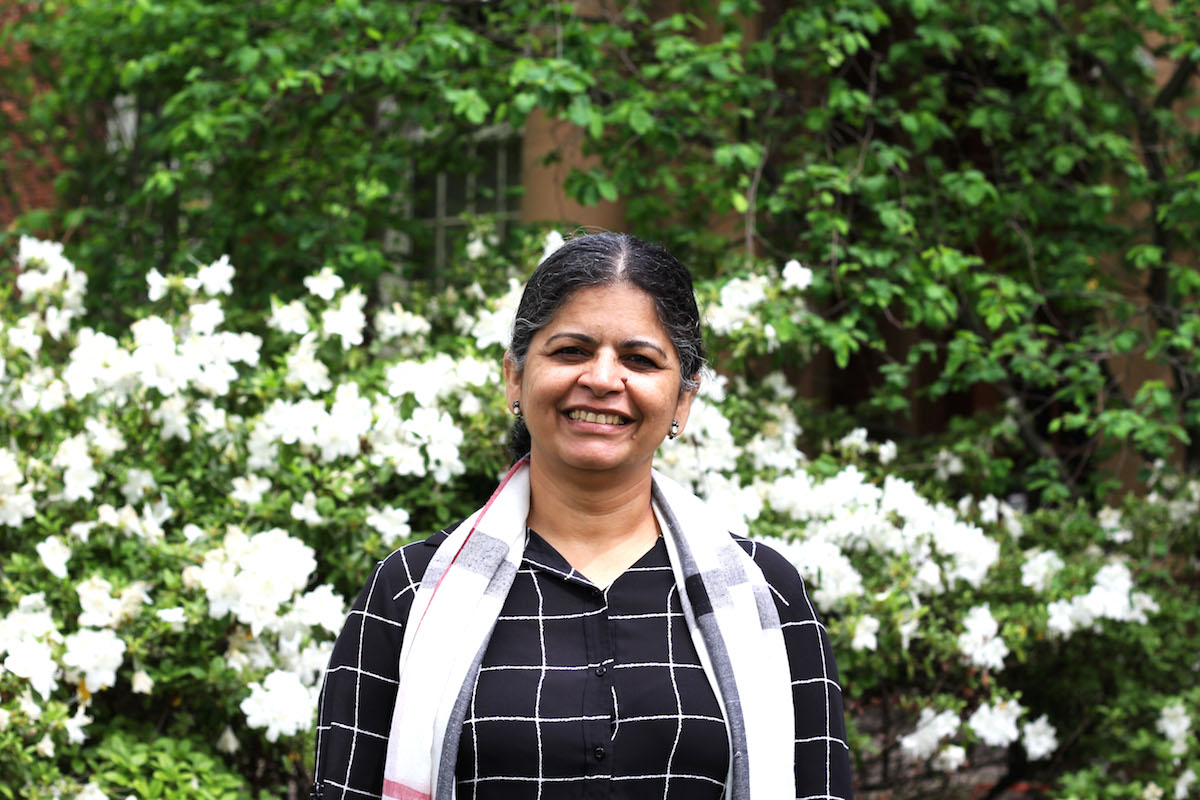 Anjali Nerlekar is an Assistant Professor in the Department for African, Middle Eastern and South Asian Languages and Literatures at Rutgers. Her areas of research include modern and contemporary Indian literature, Indo-Caribbean literature, book history, postcolonial literature, and cartographic studies. Her forthcoming book is Bombay Modern: Arun Kolatkar and Bilingual Literary Culture (2016). 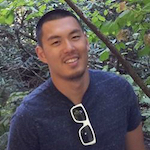 Haruki Eda is a PhD student in the Department of Sociology at Rutgers University, as well as a member of the US-based Zainichi Korean community organization Eclipse Rising. His research interests include diasporas and nationalisms, queer of color critiques, community organizing, and geopolitics of the Trans-Pacific. As a CCA fellow, he is developing an alternative geography of Northeast Asia as the Northwestern Pacific Archipelagoes--moving away from conventional framing of the region as consisting of nation-states ("China," "Korea," and "Japan")--and is working toward a more nuanced understanding of racial and ethnic politics of the region as well as its diasporas, particularly in relation to US and Japanese imperialisms. His dissertation examines how overseas Korean community organizers envision grassroots solidarity and unification of Korea from a diasporic, queer, and decolonial perspective. His most recent work has appeared in Research Justice: Methodologies for Social Change (2015). 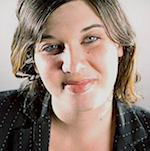 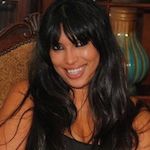 Tashima Thomas is a PhD candidate in the Department of Art History of Rutgers University. Her dissertation is titled An Imperial Diet: From Cacao to Coconuts – Representing Edible Bodies in the Americas from the 19th Century to the Present, and in it, she examines high art and visual culture of colonialism through an exploration of the visual archive of sugar, bananas, cacao, coffee, pineapples, and coconuts. Her research focuses on the global intersectionality of commodity fetishism, food studies, gender, sexuality, class, race, value systems, identities, and other structures of power by looking at the art and visual culture of the Americas. Her most recent scholarships has appeared in The Routledge Companion to Remix Studies (2014). 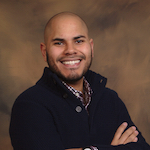 Enmanuel Martinez is a Ph.D. candidate in the Program in Comparative Literature at Rutgers University. His dissertation examines the local forms and function of the historical archive as imagined and practiced within the work of various twentieth- and twenty-first-century Hispanic, Anglophone, and French Caribbean and Caribbean diasporic writers and intellectuals. A McNair Scholar and a Mellon Mays Undergraduate Fellow, he is the recipient of various grants and fellowships, including several Mellon Mays Predoctoral Research Grants, the American Association of Hispanics in Higher Education Fellowship (2013), and the Ford Foundation Predoctoral Fellowship (2012). 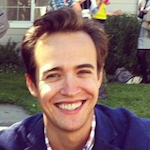 Kyle McAuley is a PhD candidate in the Department of English at Rutgers University, where his research centers on the nineteenth-century British novel, British imperialism, and theories of world literature. His dissertation claims that late nineteenth- and early twentieth-century empire fiction develops formally from the spatial imagination of the Victorian provincial novel. From 2013 to 2015, he co-chaired the English department's Nineteenth Century Research Group and, in collaboration with the Rutgers British Studies Center, inaugurated an annual State of the Field conference in interdisciplinary nineteenth-century studies. His work has been supported by a Dissertation Proposal Development Fellowship from the Social Science Research Council as well as grants from the Rutgers Graduate School and English department. 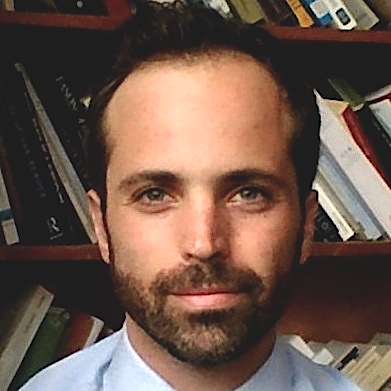 Avram Alpert completed his PhD in Comparative Literature at the University of Pennsylvania. His book project, titled Unbearable Identities: Essaying the Globe in Idealism, Transcendentalism, and Zen, looks at how experimental forms of writing, and especially the essay, were used by modern writers from Montaigne to Emerson to D.T. Suzuki as part of their attempts to develop global identities. It shows how they attempted to make themselves into subjects capable of thinking the totality of the world's history and geography. He is interested in nineteenth-century American literature, twentieth-century global Anglophone literature, philosophy, anthropology, and literary theory. His work has appeared in diacritics, Early American Literature, Third Text, Twentieth Century Literature, and Postcolonial Studies. 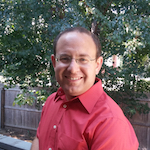 Jeremy DeAngelo received his PhD in medieval studies from the University of Connecticut. At the Center for Cultural Analysis, he will be working on his book project The Criminal Element in the Literature of the Medieval North Atlantic. This study explores the depiction of outlaws and exiles in the literature of Anglo-Saxon England, early Ireland, and saga-era Iceland, outlining how such figures were refashioned into heroes by contemporary literature. Most especially, it examines the multiple similarities between the depiction of criminals and that of Christian ascetics in the same period, suggesting a connection between criminality and sanctity in the region at the time. Formerly a fellow at the Folger Shakespeare Library and the University of Connecticut's Humanities Institute, he has published articles in Scandinavian Studies and Anglo-Saxon England. 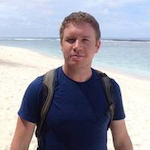 Thomas Leppard completed his PhD in archaeology at Brown University in 2013 and is working on a book project titled Symbolworlds: Identity, Kinship, and Society in Early Archipelagoes. This project considers how early agropastoral colonists in the Holocene Pacific, Caribbean, and Mediterranean maintained viable communities in the face of the twin challenges of distance and of insular ecological fragility. His broader research interests include island biogeography, human population and historical ecology, and the perennial question of Lower and Middle Palaeolithic seagoing. He has undertaken fieldwork in northern Europe, the Mediterranean, the Lesser Antilles, Hawai'i, and the Mariana Islands, and his scholarship has appeared in Current Anthropology, the Cambridge Archaeological Journal, World Archaeology, the Journal of Mediterranean Archaeology, and the Journal of Island and Coastal Archaeology. 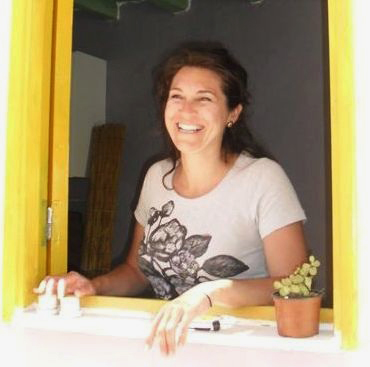 Sarah DeMott earned her PhD in International Education at New York University. Her dissertation, Mediterranean Intersections: A History of the Sicilian Community in Tunisia, 1830-2015, explores regional reconfigurations of political and social subjectivities through remappping colonial cartographies of mobility, the historiography of European continentalism, and the sea as actor and archive. DeMott has received awards from the Social Science Research Council (SSRC) and the American Institute for Maghreb Studies (AIMS), and she is currently an affiliated scholar with the Center for Cultural Analysis and the University of London's Center for Postcolonial Studies, as well as Qualitative Research Specialist at New York University.