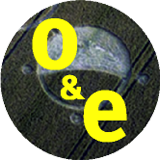 This seminar addresses a set of overlapping developments in the humanities and social sciences: a renewed attention to the world of objects, on the one hand, and a rethinking of the concept of environment, on the other. Speculative realism, actor-network theory, and object-oriented-ontology all proceed from nondualist premises in seeking to call attention to the world of things in which we live; as does the appeal to certain strands in phenomenology by literary scholars seeking to grasp the affective dimensions of aesthetic encounter. This theoretical turn has been intensified by new findings in cognitive science, which describe knowing as an activity lodged both inside and outside the body.

New thinking about environments likewise proceeds along several interrelated pathways in trying to understand the complex relationship between humans and their surroundings. Contemporary eco-criticism reminds us that humans are themselves a part of the environments they study; social scientists have emphasized “political ecology;” and students of climate change and climate catastrophe have increasingly sought to model human agency within environments that are by definition more than human. What are the political and philosophical reasons for embracing an organism-environment model of cognition rather than one that distinguishes the knower from the known? What are the challenges for scholars working in anthropology, art history, cognitive science, computer science, environmental studies and environmental history, history, literary and cultural studies, philosophy, sociology, and other related disciplines, whose work intersects with these dynamic and overlapping fields of inquiry?