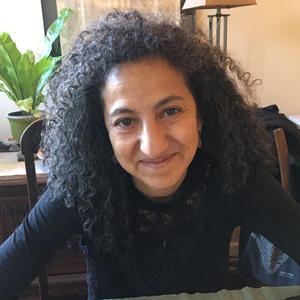 Nancy Yousef specializes in literature and philosophy of the Romantic era. Her research and teaching are centered in British and European Romanticism, but also extend to eighteenth century sources and forward into the later nineteenth-century. She is especially interested in the intersections between philosophical writing and literary form, and in the relations among aesthetics, ethics, and representation of the emotions. She is the author of three books: Isolated Cases (Cornell UP, 2004), Romantic Intimacy (Stanford UP, 2013; winner of the Barricelli Prize), and The Aesthetic Commonplace (Oxford UP, 2022). The first addresses the conceptual contradictions and psychic longings and anxieties associated with shifting ideas of autonomy in Enlightenment philosophy and Romantic literature. The second book explores the shifting relationship between ethics and aesthetics as eighteenth-century theories of sympathy give way to accounts of elusive and non-reciprocal forms of emotional proximity. Her most recent book is a study of the commonplace as region of overlooked value in the work of the Romantic poet (William Wordsworth), the realist novelist (George Eliot), and the modern philosopher (Ludwig Wittgenstein) who are best known for their commitment to the ordinary as resource for reflection on language, thought, feeling, and social attunement. Professor Yousef's essays on Rousseau, Wollstonecraft, Wordsworth, Mary Shelley, and Dickens have appeared in venues including ELH, MLQ, European Romantic Review and the Journal of the History of Ideas and she has been the recipient of fellowships from the Newcombe Foundation, the American Council of Learned Societies, and the National Humanities Center.