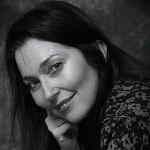 This email address is being protected from spambots. You need JavaScript enabled to view it. is professor of English and was interim director of the Unit for Criticism and Interpretive Theory in 2008-9 before becoming director in August 2009. She has a B.S. in Industrial and Labor Relations from Cornell University, a Masters in English from NYU, and a Ph.D. from Columbia University. A specialist in Victorian literature and culture, Goodlad also has research and teaching interests in gothic genres; critical, feminist, postcolonial and political theory; cultural studies; and literature in relation to contemporary understandings of liberalism, globalization, internationalism, and development. She is a member of the Advisory Boards for Victorian Literature and Culture and Nineteenth-Century Gender Studies, a member of the Editorial Board for Victoriographies, a member of the Board of Trustees for the Dickens Society, and (beginning July 2011) a member of the PMLA Advisory Committee.  From 2006 to 2012 she was a member of the Executive Council for NAVSA, the Victorianist Review Editor for Romanticism and Victorianism on the Net (RaVoN), and Co-Head of the Victorian Editorial Board for NINES. In 2010 she was named a University Scholar and in Fall 2013 she began a two-year position as Provost Fellow for Undergraduate Education.

Goodlad is the author of The Victorian Geopolitical Aesthetic: Realism, Sovereignty and Transnational Experience (Oxford, forthcoming 2015) and Victorian Literature and the Victorian State: Character and Governance in a Liberal Society (Johns Hopkins, 2003); co-editor of Mad Men, Mad World: Sex, Politics, Style, and the 1960s (Duke UP, 2013); co-editor of The Ends of History, a Summer 2013 special issue of Victorian Studies; co-editor of Goth: Undead Subculture (Duke, 2007); co-editor of States of Welfare, a 2011 special issue of Occasion; of Comparative Human Rights, a 2010 special issue of the Journal of Human Rights; and of "Victorian Internationalisms," a 2007 special issue of RaVoN. Her articles and reviews have been published in journals such as American Literary History, Cultural Critique, ELH, Genre, MLQ, Nineteenth-Century Literature, Victorian Literature and Culture, and Victorian Studies. Excerpts of her forthcoming book, The Victorian Geopolitical Aesthetic, have appeared in venues such as Literature Compass, PMLA, Novel: A Forum on Fiction, and The Politics of Gender in Anthony Trollope’s Novels (Ashgate, 2009). Goodlad is also the the author of an essay, originally titled "Madmen Yourself," which appeared in The Chronicle of Higher Education and has since been reprinted in The McGraw Hill Reader. Her essay, "Liberalism and Literature," is forthcoming in the Oxford Handbook of Victorian Literature and Cultureand she has a chapter on "Internationalisms" forthcoming in the Blackwell Companion to the Novel.