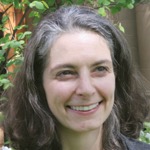 This email address is being protected from spambots. You need JavaScript enabled to view it. is Associate Professor of English at Rutgers University, specializing in eighteenth-century British and French literature and culture. She is the author of Sentimental Figures of Empire in Eighteenth-Century Britain and France (2006) and the co-editor of The Postcolonial Enlightenment: Eighteenth-Century Colonialism and Postcolonial Theory (2009). Her new book, Fiction Without Humanity: Person, Animal, Thing in Early Enlightenment Literature and Culture (University of Pennsylvania Press, 2019), offers a literary history of late seventeenth- and early eighteenth-century efforts to define the human. Focusing on the shifting terms in which human difference from animals, things, and machines was expressed, she argues that writers and artists treated humanity not as a known quantity to be mimetically represented, but as something that had to be called into being through literature and the arts.