A Wider Conversation on Religion and the State

The American scholarly conversation about the relationship between religion and state occupies several overlapping discourses. Most legal scholars focus on the meaning of the Religion Clauses of the First Amendment. But some discuss comparative law and others engage more broadly with theories of legal pluralism. Elsewhere, political philosophers in the liberal tradition are still trying to work out the implications of various different accounts of “public reason.” But other theorists are constructing ideas grounded in post-liberal or post-secular thought. Meanwhile, religious thinkers are trying to make theological sense of the modern state and the proper claims of religion and religious communities with respect to secular government.

Beyond these various normative discourses stand the work of humanists exploring narrative texts, historians reexamining myths about the past, and social scientists measuring the statistical relationships between religion and politics or producing ethnographic accounts of church and state in specific communities.

Some of these distinct conversations about religion and the state have reached out to each other. But each one also remains bedeviled by its limited horizons. For example, both legal scholars and political philosophers have recently asked whether and how religion is “special,” and how that should influence the norms of religion-state relations. But it is myopic to try to grapple with such questions without also asking whether and how the state is “special,” and that might require a richer exchange with the legal pluralists and political theologians who have insisted all along that we not take the state’s normative pretensions for granted. There is also an ongoing debate about the complex relations among religion, morality, and “conscience.” But this question calls for a more rigorously inter-disciplinary conversation about the philosophical, sociological, and psychological conditions of modernity in general and our own age in particular.

Ultimately, what is at stake are not merely exchanges among scholars, but the existential encounter that religion itself has with the state, society, and modernity, as various sets of ideas and communities of interest try to make sense of each other’s claims and insistent presence.
The aim of this Working Group, which plans to meet several times each semester, is to bring interesting and creative participants in at least some of these various discourses into a more inclusive engagement with each other. 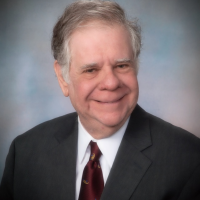 For more information, contact This email address is being protected from spambots. You need JavaScript enabled to view it..