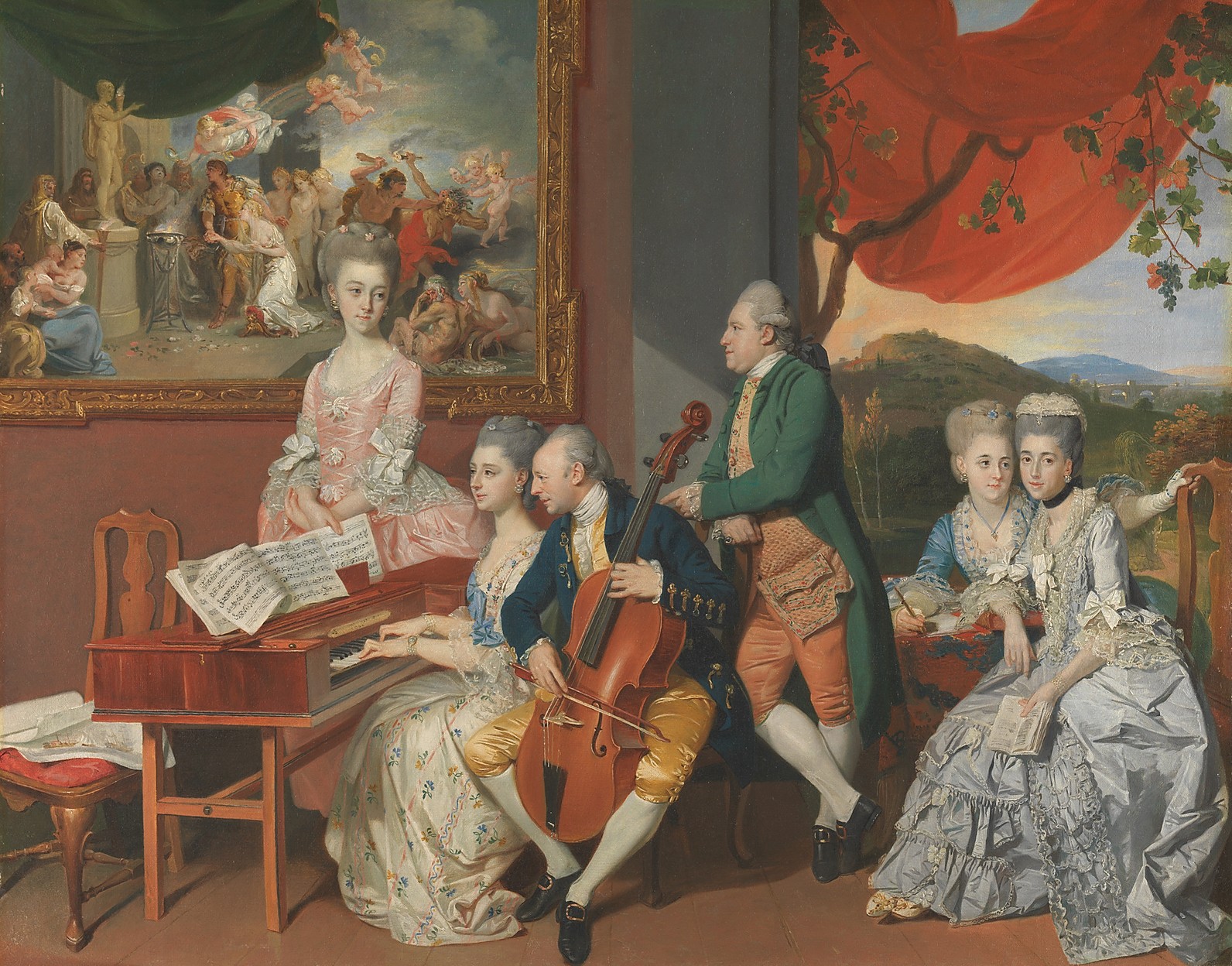 The CCA Salons Working Group brings together scholars from departments across Rutgers to explore sites of intellectual sociability known as “salons”. Scholarship on the early modern salon, has often emphasized the intellectual content and refined sociability of these institutions, while sometimes overlooking the interplay between the intellect and fashion and between politics and play that it fostered. The salon experience—including its material surroundings—was engineered to produce precisely those crossings of intellectual, social, and, sometimes, gendered boundaries. We are particularly interested in exploring salons as sites for cultivating artistic practices in music, dance, poetry, and painting; visual display in fashion and material culture; and social habits such as game playing, eating and drinking, and polite conversation. Although the salons of early modern Europe provide a starting point for the project, we are eager to expand our geographic focus and temporal horizons. Members of the Rutgers community who are broadly interested in discussing practical and theoretical models for reanimating the sights, sounds, tastes, smells, texts, and subtexts of the past, as well as innovative pedagogy and digital humanities, are encouraged to join this working group. The working group will hold four to six meetings each semester.

In our third year as a working group we will focus to the following:

Engagement with the digital humanities: As the Covid-19 crisis has shown, the digital realm complicates the line between the public and private spheres in ways not seen, perhaps, since the eighteenth century. It is therefore appropriate that study of the salon should occupy space in the digital environment. We will do this in two ways:

• Our working group will engage with the scholars working on the “Mapping the Republic of Letters” project at Stanford University, to find out how our in-depth qualitative study can enhance and enrich the studies already underway there (see http://republicofletters.stanford.edu/casestudies/salons.html).

• We will develop the materials we created in 2019-2020 for a “pop-up salon” into a set of web resources that will be useful to teachers and others seeking to “learn through experience.” The pop-up salon, a component of our conference “The Salon and the Senses in the Long Eighteenth Century,” seeks to recreate the salon environment for a public audience. Based on historical documentation, the “pop-up salon” provides a script as well as a set of improvised/semi-improvised practices that show how the salon served as a site of education and the cultivation of taste.

New approaches to the public art salon and to fashion: In our internal readings and discussions we will expand our study of the salon to encompass the public art salons held in eighteenth-century France. Our aim will be to understand how the public displays of taste recorded by the salon in sources such as St.-Aubin’s paintings and Diderot’s art criticism influenced private manifestations of fashion and taste within the salon. 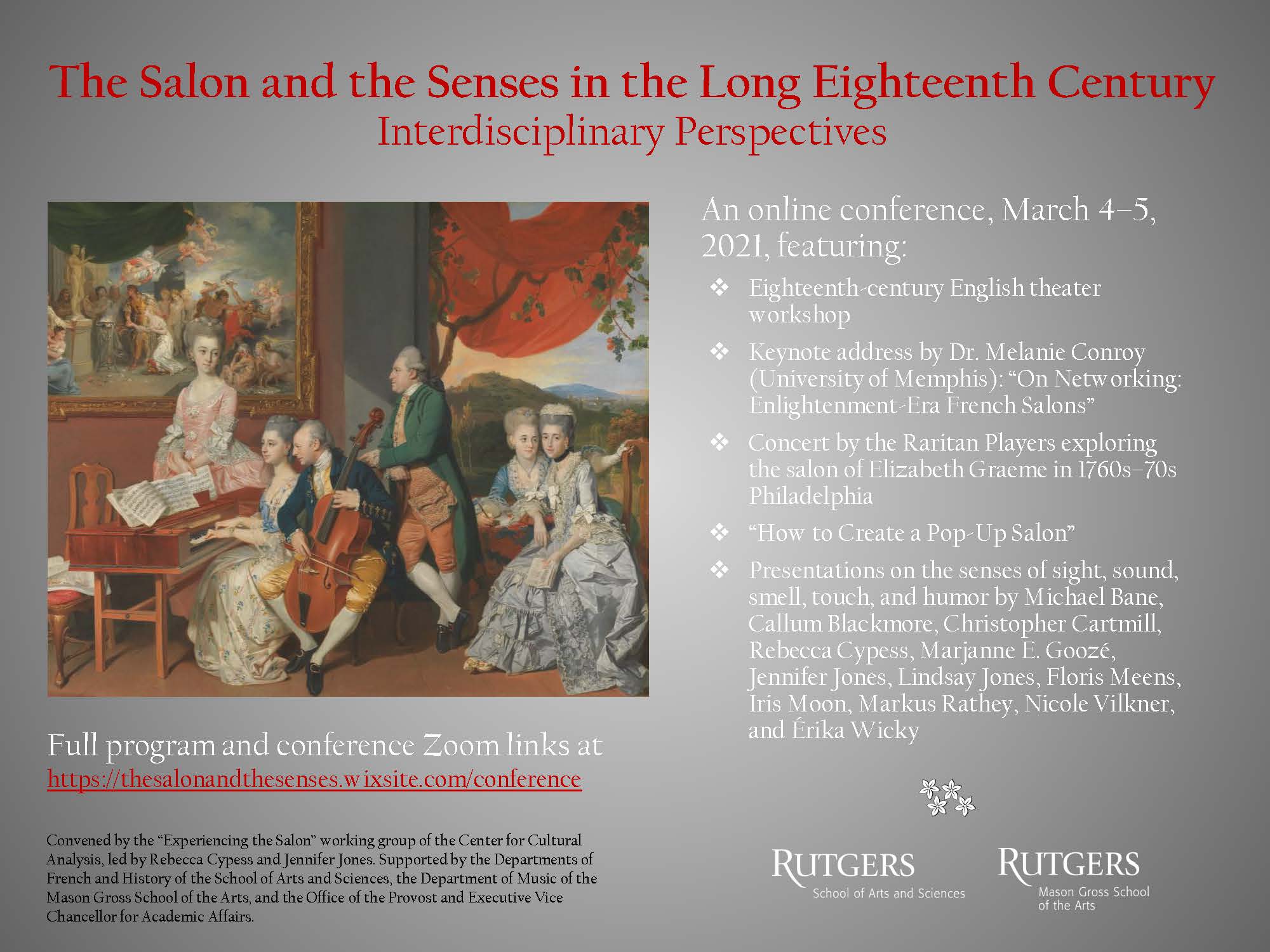 Hosting a virtual conference: The working group will host a virtual conference, "The Salon and the Senses in the Long Eighteenth Century: Interdisciplinary Perspectives," at Rutgers on March 4-5, 2021. The conference will feature a musical performance, academic papers, and an interactive salon. This two-day conference was originally scheduled for spring 2020. The conference program is still available at the website The Salon and the Sense in the Long Eighteenth Century: Interdisciplinary Perspectives. Some of our work in the 2020–21 academic year will be devoted to preparation for the conference. 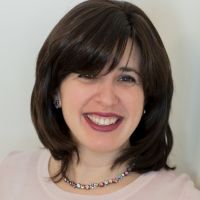 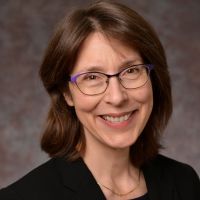