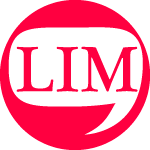 A collaborative research project between the Departments of English, Philosophy, and Computer Science, brought together under the joint-sponsorship of the Center for Cultural Analysis and the Center for Cognitive Science at Rutgers
University. The project will explore core questions of language, imagination, and meaning that are pre-disciplinary in nature and that bind together methods, categories, and assumptions that are fundamental to all branches of the University. The purpose of the project is to focus the resources of three especially strong departments, coordinated through two of the leading interdisciplinary research centers at the University. It has been designed to foster collaborative inquiry across the Humanities and the Sciences, to model how new strategic alliances might be forged across disciplinary and institutional units at a curricular level as well as at the level of advanced research.

The project will be organized around two guiding research questions, which organize each of the three fields we have brought together but which also extend beyond them. Only by working in an interdisciplinary manner can we come to an understanding of these core questions, while at the same time gain insight into the fields that have evolved to make sense of them. These questions lie at the heart of creative expression and the human experience:

1. How do we define language, and how do agents exploit linguistic structures in the creation of meaningful statements? This question also includes problems of
creative figurative expression in general and poetic or literary use of language in particular, in which meaning is often not agent-based but results from impersonal structures, forms, and other discursive techniques. How are syntactic, lexical, and discourse structures connected to one another, and how do writers exploit such structures for rhetorical effect? And how might the differing structures of natural
and artificial languages generate distinct logics of composition and communication?