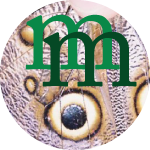 This working group explores mimesis as an aesthetic principle, as a function of human subjectivity, and as a principle of adaptation, and seeks to establish an interdisciplinary network including philosophy and politics, art history and film studies, gender and literary theory, anthropology, psychoanalysis and neurosciences (memetics). Mimesis negotiates the difference between physis and téchne, between original and imitation, between human and animal, and embraces the natural (Artistotle) as much as the cultural (Plato). However, since it can be regarded as a socially productive as well as a destructive force — Plato, for example, distinguishes between a problematic "theatrical" and a "good" diegetic mimesis—the term remains ambivalent, its cultural meaning difficult to determine. It will be the purpose of this working group to explore the mimetic function, as it has been taken up by critical theories and given form in aesthetic works, bringing together scholars from the fields of literature (English, German, Russian, Comparative), Art History, Film, American Studies, and Gender Studies to collaborate in thinking mimesis as a sub-function of the human. We will begin the year by examining the highly ambivalent notion of mimesis from the perspective of critical theories of writers such as Adorno, Benjamin, Derrida, Freud, Girard, Irigaray, Lacan, and Lacoue-Labarthe, all of whom frame mimesis as constituting, in different ways, the bedrock of culture, an essential element of the human psyche and of the interpersonal. Here, we will ask what mimesis has to do with questions of: play; language; desire and rivalry; voyeurism and the gaze; psychic identification; empathy; and humor. With these ideas in the background, we will then move on to mimesis as a principle that governs many (if not all, as Adorno has claimed) aesthetic modes and genres, examining salient specimens in the realms of literary realism, art, photography, film, satire, theater, reality television programming, and other genres. Ultimately, our hope is to explore the ways in which mimesis, as a primal activity of the organism, reveals itself in aesthetic works, as well as to examine in what ways aesthetic mimesis or realism answers a primitive demand (what Peter Brooks calls our "thirst for reality"). We envision the working group as a monthly reading group, which will read together a pre-determined set of readings and invite 2-4 outside speakers over the course of the year. We would also consider putting together a one-day symposium at the end of the year. Ultimately, we hope that the explorations of the working group will contribute to an edited volume on Realist mimesis, which the organizers are in the process of planning.