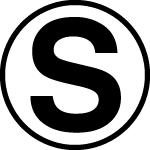 Over the past decade, secularism has emerged as a dynamic and interdisciplinary object of study. The original insight that sparked this emergence was the realization that "the secular" was not the opposite of "the religious" but rather the formation that made the religious appear as such - something marked as a distinct area of human endeavor in implicit tension with supposedly neutral secular norms. In the intervening years, anthropologists and post-colonial critics have investigated the relation betweent he West and secularism; sociologists and political theorists have turned their attention to the connections among secularism, international relations, and human rights; philosophers have debated the place of religious reasoning in a secular polity; and historians and literary critics have attended to the creation and distribution of secular values and rhetorics. These conversations and debates show no signs of letting up.