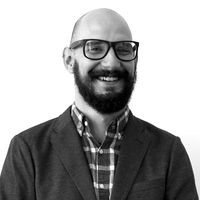 Daniel Villegas-Vélez received his PhD in Historical Musicology from the University of Pennsylvania in 2016.  He is currently a Postdoctoral Researcher at the Husserl Archives at KU Leuven in Belgium, a position he took up after his year at the CCA.  Daniel’s work bridges continental philosophy, sound studies, musicology, and decolonial thought through a reconsideration of mimesis as performance. Addressing the aesthetic politics of sonorous performance and musical thought, his research focuses on the role of mimesis in seventeenth-century theories of the affections and contemporary affect theory; baroque political theology and critiques of sovereignty; and the role of decoloniality in Latin-American aesthetics of barroco and neobarroco. Daniel is working on a manuscript entitled Orpheus' Dorsal Turn: Mimetology and Myth in Early Opera, and accompanying articles that argue for a new way of understanding musical aesthetics, where musical performance is a mimetic practice that produces and inscribes sociopolitical values, while participating of the creation of distinctions between magic and science, nature and culture, Europe and its others.