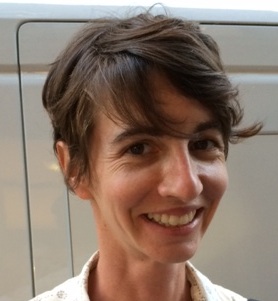 This email address is being protected from spambots. You need JavaScript enabled to view it. joined the English Department at Rutgers University as an Assistant Professor in 2013. She received her PhD from the University of Chicago and was the 2014–15 Carol G. Lederer Postdoctoral Fellow at the Pembroke Center for Teaching and Research on Women at Brown University. The relation between art and the aesthetic is at the heart of her current book project, Hogarth and the History of Form, which takes the artist’s 1753 manifesto The Analysis of Beauty as an invitation to consider how the version of philosophical aesthetics that originated in eighteenth-century Britain might have developed differently had it theorized beauty from a practitioner’s point of view. Her essays on Hogarth’s practical formalism have appeared in Eighteenth-Century Studies, ELH, and differences.